On Saturday a good friend suggested we go for lunch at a new bakery-restaurant near the long-abandoned Strand Lounge, a bar my father owned in Grand River and 14th Street in Detroit in the mid-1960s. great affection for the region.

As a child, I used to go on Sunday mornings to stack beer bottles and help clean up. Half the time the concierge showed up late – if at all – after a serious night of soaking up. When the Detroit riot broke out in July 1967, my father’s house was looted, but left standing. Many other businesses up and down the block have been less fortunate and have been reduced to rubble, leaving behind land that remains vacant today. A month after the riot, my father reopened. A year later, he sold the place.

My dad lived in the suburbs until he passed away in 2017. When I went to visit him, I drove downtown on the Grand River to Farmington Hills before taking the freeway.

Every time I went down the Grand River, I noted how much the area had been left for dead. My father’s bar is still abandoned. On one side, there is a colorful mural of the martyrs of Detroit – Malice Green, Aiyana Jones and Vincent Chin. And an old furniture store a few steps away is now used for events. There isn’t much else around.

It is therefore exciting to see things happening in the region after nearly half a century of decline. True North Quonset Huts have appeared, a cool little live-work community. The developer of the huts, owner of Takoi restaurant in Corktown, started hiring this month for a restaurant called Magnet at 4848 Grand River Ave. And since April, Ocher Bakery has set a landmark in Grand River and 16th Street.

The new venue is the creation of Astro Coffee owners Jessica Hicks and Dai Hughes. They recruited bread maker and baker Max Leonard, who operated a small underground bakery in his Hamtramck home that had a loyal fan base – including my friend I had lunch with and his wife.

Before the restaurant boom in downtown, Midtown, and Corktown, Detroit was best known for having hidden gems, often in the middle of nowhere, like Nancy Whiskey, Giovanni’s, Dakota Inn Rathskeller, and the Polish Yacht Club.

Ocher is one of those treasures off the beaten track. 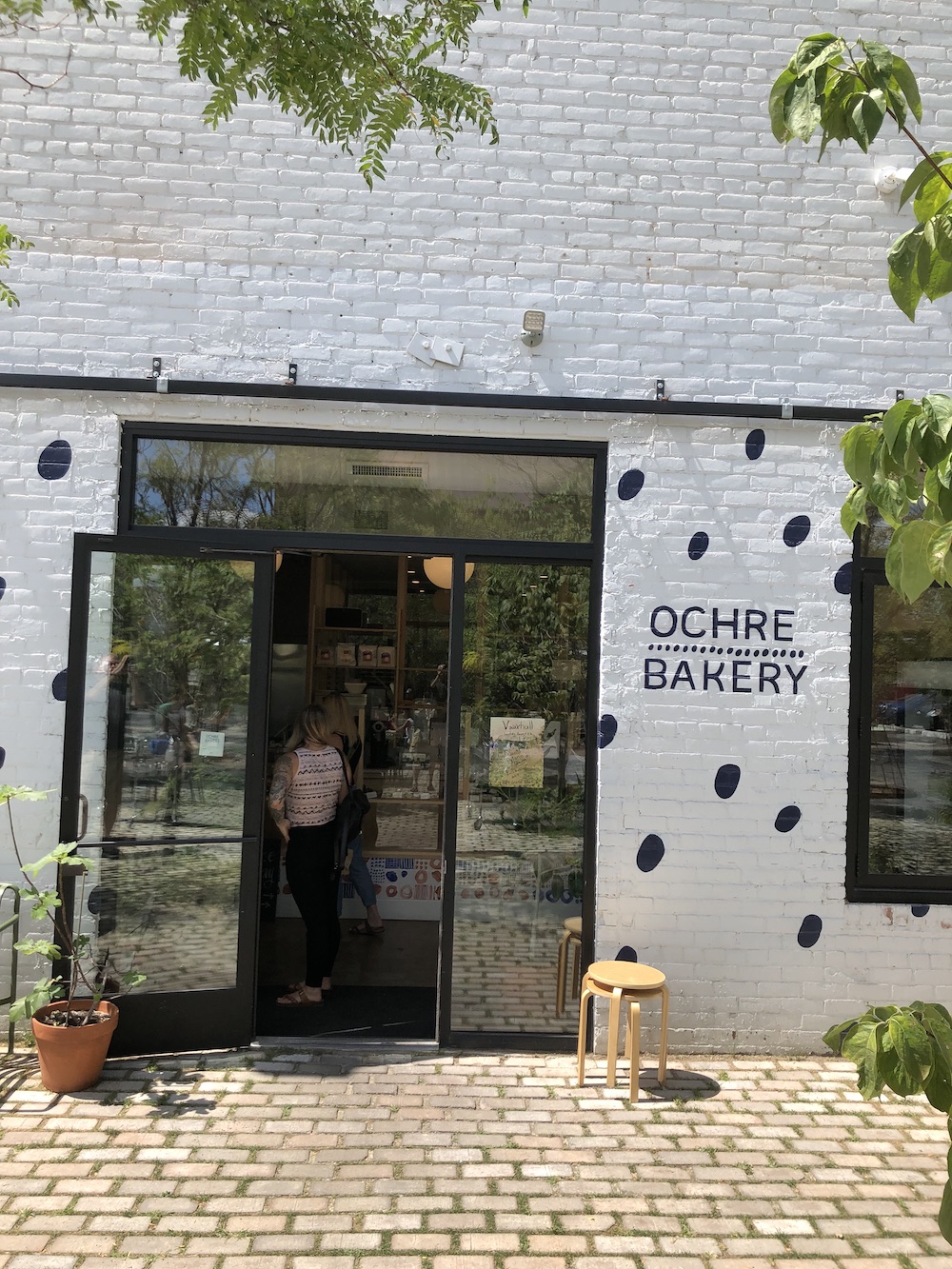